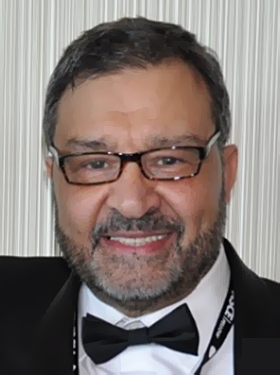 Ahmet Zeytinci, Ph.D., P.E., F-NSPE, F.ASCE, an award-winning licensed professional engineer, author, professor, and former chair of the Department of Engineering, Architecture, and Aerospace Technology at the University of the District of Columbia, in Washington, DC, has been named a Fellow by the ASCE Board of Directors.

Since joining academia, Zeytinci, or “Dr. Z” as he is known by his students and colleagues, has distinguished himself on campus and beyond as an extraordinarily dedicated and passionate teacher, mentor, scholar, and champion for professionalism and service in engineering. His areas of specialization are in structures, vibrations of plates, and computational applied mechanics.

He has produced award-winning designs; is prolific in professional service; and his pedagogical style allows free exchange with students and promotes deep learning. He is the recipient of numerous local, regional, and national awards, including the 2015 Excellence in Engineering Education from the National Society of Professional Engineers, the Distinguished Teaching and Outstanding Campus Representative from the American Society for Engineering Education’s Mid-Atlantic Section, the 2016 Dr. M.H. Parker Distinguished Educator’s Award from UDC, and the Centennial Engineer of the Month award from ASCE’s National Capital Section.

Zeytinci, who is also a Fellow of NSPE, has contributed to the professional societies in many ways. He has served as the co-chair of the ASCE National Capital Section Education Committee, past president (twice) of the District of Columbia Society of Professional Engineers, and the campus representative of ASEE. Since 1990 he has been the chapter/state coordinator of MATHCOUNTS, a national program that provides all sixth-, seventh-, and eighth-grade students the opportunity to compete in live, in-person contests against and alongside their peers.

He has been regularly writing technical articles for the ASCE National Capital Section’s monthly newsletter since 2014. His column is titled “Dr. Z’s Corner.” In addition, he has been offering pro bono Saturday classes for students and practicing engineers preparing for the FE/PE exams for the last 20 years.

After completing his master’s degree in Istanbul, Turkey, Zeytinci worked as a researcher in Japan for two years on earthquake resistant high rise buildings. Before joining UDC, he was a project engineer working in Europe, Japan, and the United States designing commercial and industrial structures, including the award-winning 7th District Police Station in Washington, DC.

He received his undergraduate and graduate degrees from Istanbul Technical University. He lives in Washington, DC, with his wife Gamze and his son Koray. 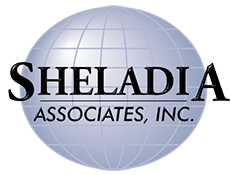